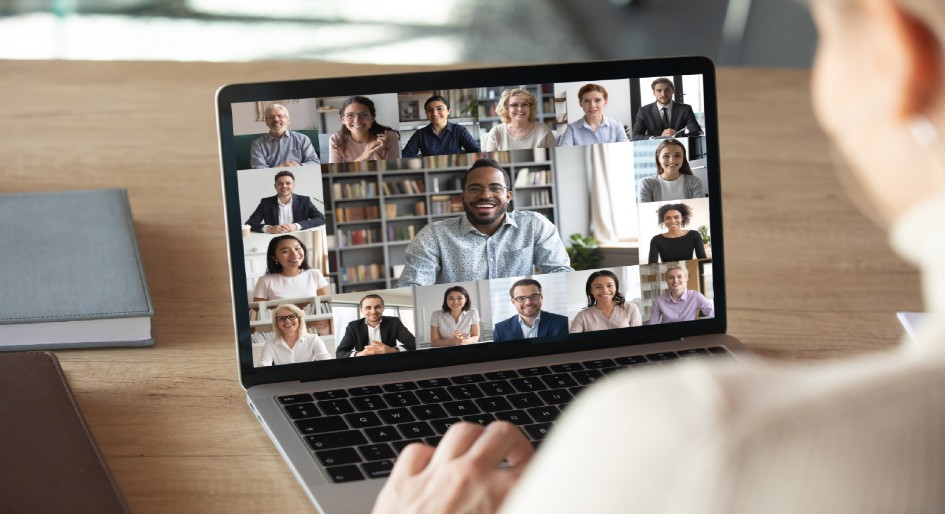 Digital has changed the face of meetings and, like it or not, virtual meetings are here to stay.  While online meetings have been possible for a long time, the COVID pandemic and worldwide lockdowns have profoundly changed the landscape of meetings.  Businesses and organizations realized they could save time, reduce travel budgets, and increase convenience.  Employees working remotely could simply dial in.  People began to participate from all ‘four corners’ of the globe and, as a result, often those with cultural differences.

The intention of meeting online is to listen to, speak to, and meet others, as you would in person. Alas, the increase in virtual meetings has resulted in a gradual deterioration of the professionalism of former in-person meetings, and decreased respect for attendees you may not even see.  Remember how you attended in-person meetings?  You stopped working, picked up your paperwork and notebook, maybe grabbed a coffee, joined a co-worker along the way, and walked to the conference room, agenda in hand.  And now?  You work (or sleep) right up until the virtual meeting is about to begin, click a link, and shazam, there you are, in the meeting, dressed in ‘come-as-you-are’ attire.

Whether you are a host or a participant, it is more important than ever to get serious about etiquette best practices.  While the rules may appear numerous, most of them are just common sense.  Let’s start at the beginning:

For hosts and attendees – be prepared

Be courteous; turn on your video. After all, it is highly unlikely you would attend a live meeting with a paper bag over your head.   Video is a powerful way to maintain human connection in virtual meetings.  Quoted in an article on digiday.com, Lou Banks, workplace psychologist and founder of culture consultants Rising Vibe, believes you cannot truly connect in a meeting without your camera on.  “As humans we are hard-wired to connect, and any form of disconnect puts us in social pain,” she said. “Turning a camera off is a clear indicator of disconnect and often comes with a fear of not being able to see if people are interested and engaged with what they are seeing and hearing.”

Ms Banks added that another form of social pain is a fear of judgment.  “Some people have such a strong fear of judgement they would prefer to join a meeting off camera,” said Banks. “But a camera-off culture is enabling behaviors we would have never previously accepted in a meeting. These include checking emails and mobile phones, grabbing a snack, and total disengagement.”

Ask yourself, “Do people really think less of you when they can see your eyes or body language?”  You aren’t fooling anyone by posting that so-called ‘perfect’ picture of yourself, instead of the real you. Now, back to common courtesy; asking hosts and speakers, who have worked hard on their presentations, to address a field of blank screens is not only cold and impersonal, but also just plain rude.

Know when to speak

Other bad habits and behaviours

A U.K. survey of 1,000 U.K. workers, reported on easyoffices.com, exposed a number of bad habits and behaviours.

The rules of etiquette are essential to help society run smoothly. Virtual meeting etiquette can no longer be ignored.  Just as a certain level of professionalism is expected in business, the same should be the norm when conducting and participating in remote meetings. Following a few ground rules for online meetings will make better use of our precious time, and contribute to more efficient and successful meetings.