Never Too Late to be What You Might Have Been 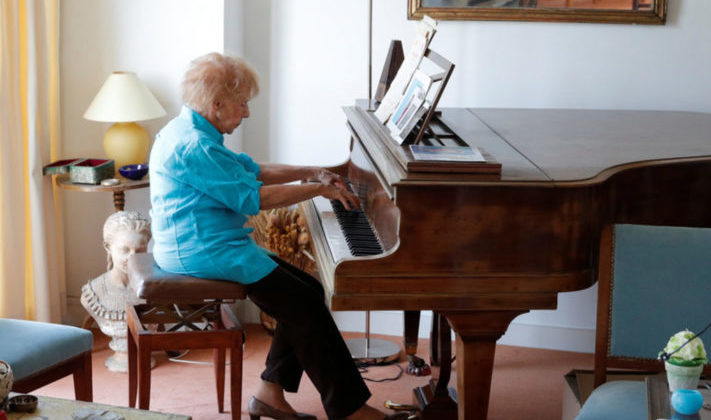 When Captain Sir Thomas Moore was 99 years old, he achieved what could easily be called his finest moment.

While the British war veteran, who died in early February after contracting Covid-19, may well have had many fine moments in his long life, he will be remembered for raising more than 30 million pounds for the National Health Service in the U.K. by completing 100 laps around his garden with the help of a walker. His initial goal was 1,000 pounds, but as the money poured in, he came to the attention of the larger public and was even knighted by the Queen.

Age did not diminish Moore’s aptitude for looking ahead. “Please always remember. Tomorrow will be a good day,” Moore said during an interview while doing his fundraising walk. But, perhaps more importantly, his amazing achievement put a spring back in his step. On his 100th birthday, he said, “I have renewed purpose . . . I’m hoping to be back very soon with other ways in which I can help people.”

We don’t all need to be heroes. But as human beings on this planet, we all need purpose. And, increasingly, older people are choosing a different kind of retirement, one that focuses on fulfilling some purpose. They are rejecting the concept of being valuable for a set number of years as determined by society, and turning a blind eye to the expectations of others as they age, as their children leave home, as they leave the work force, as they “retire,” to more easily live lives with a deeper sense of purpose, and with a wilder abandon.

Moore’s story is an inspirational one, especially for those who dare believe they are “too old.” So are those of actresses Maggie Smith and Judi Dench, still playing important roles in their eighties. And that of Christopher Plummer, who died in early February at 91, and who won an Oscar when he was 82 for a late-in-life comeback. Or Parisian pianist Colette Maze, who has just recorded her sixth album at the age of 106. Her son Fabrice says his mother is an inspiration for others.

Sadly, these inspirational stories of older people still contributing to humanity are viewed as exceptions, when they should be the rule. Clearly, society doesn’t make it easy for us to remain engaged beyond a certain age. We know the horror stories of parents and grandparents withering in long-term care homes, of lonely older men and women seemingly forgotten or abandoned by their families, and of healthy active seniors being forced into retirement. These are all factors we have to push against as we age.

The late chemist John Bennett Fenn reached the pinnacle of his success after he was forced into retirement by Yale University. Fenn, who enjoyed mingling with younger people in research laboratories, ended up developing a unique technique in mass spectrometry at the age of 85 and shared the Nobel Prize in chemistry for his work.

“Your chance of success has little to do with your age,” said Fenn. Or, as 19th century English novelist Mary Ann Evans (who wrote under the pen name of George Eliot) famously said, “It is never too late to be what you might have been.”

How old we are simply shouldn’t be a factor in the way we live our lives. There should be no reason why we cannot find within us a way to maintain that spring in our step and to be applauded for it, like Moore was, or to contribute something meaningful to the world well beyond our so-called “working years,” like Fenn did, until the end of our lives.

And if this were the rule rather than the exception, seniors would be viewed in a different light, valued for their experience and their wisdom, the skills acquired over a lifetime, as well as the unique perspective they have as a result of being on the planet for several decades. If I may put on my optimistic hat, I will say these inspirational tales of elders will in fact become the rule, and the existing ways of growing old will fall into history as passé.

ABOUT SUSAN HICKMAN:
A professional journalist for more than 40 years with a specialized degree in English Literature, Susan Hickman has written for major daily newspapers across Canada, CBC TV and CBC Radio, as well as sundry magazines. She has written and/or edited plays, annual reports, white papers, books and websites for corporate clients, government agencies and academic institutions. Hickman has also been managing editor of various publications and projects, run writing workshops and worked one-on-one with aspiring writers.  Susan’s  first love is talking to people from all over the world from all fields of pursuit about what they’re doing on the planet.